LifeStraw is an ingenious water filter system that can save lives

Did you know that around 3.4 million people die each year because they picked up a disease from water?

That’s around the whole population of Wales lost to water related diseases every year.

It really is no wonder when you consider that there are around 800 million people with no access to properly cleaned water in the world.

In the developing world sanitation can be severely lacking resulting in poor hygiene and disease.

Natural disasters and armed conflicts often make the matters worse and sometimes people just have no other option than to drink water that is clearly unsafe.

But what can they do – they can’t just buy bottled Evian.

Providing them with a well-functioning plumbing and sanitation system often isn’t a viable option either – not only is it extremely expensive but sometimes people are also forced to move around because of war or natural disasters.

While they can bring their clothes, belongings and sometimes even their livestock with them, they can’t bring sewer pipes and water taps.

They’re just going to have to make do with what they have. And that isn’t a lot. 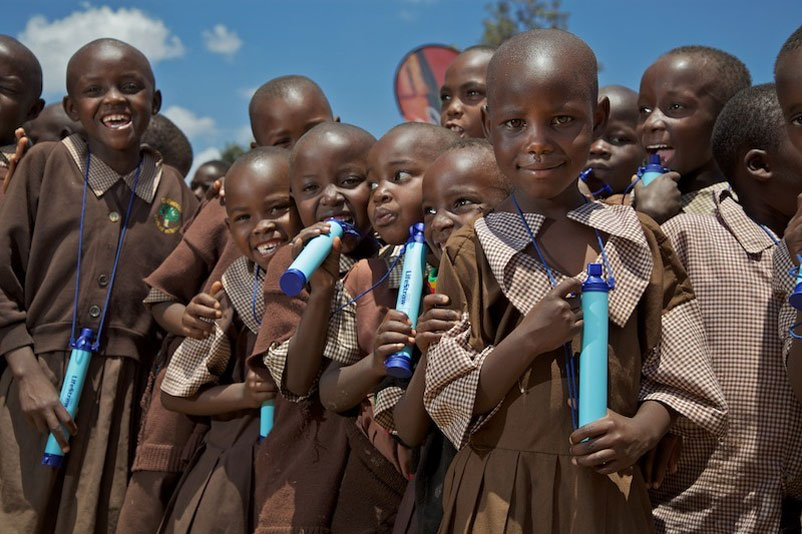 Which is why it was great to read this article about LifeStraw, an absolutely ingenious water filtration system which has power to put an end to one of the most poignant global crisis without breaking the bank.

Basically, a LifeStraw is a small tube with a very powerful filter inside, making it possible to turn water from a river or a lake to clean drinking water. Just place one end in the water and suck from the other end – and that’s it.

The best part of it is that there’s no chemicals used nor no need for electricity in order to use it.

The water is filtered thanks to a very good micro-filtering system which effectively catches all the microbes, bacteria and dirt.

The straw has been tested with tap water as well as turbid and saline water, and those tests have proved successful even in catching such dangerous bacteria as salmonella and staphylococci.

LifeStraw is so easy to use and its genius design is good enough for sucking 1000 liters of water through it – that’s a whole year’s worth of drinking water.

Plus, it’s not at all expensive, at around £12 it’s affordable for Third World Countries. 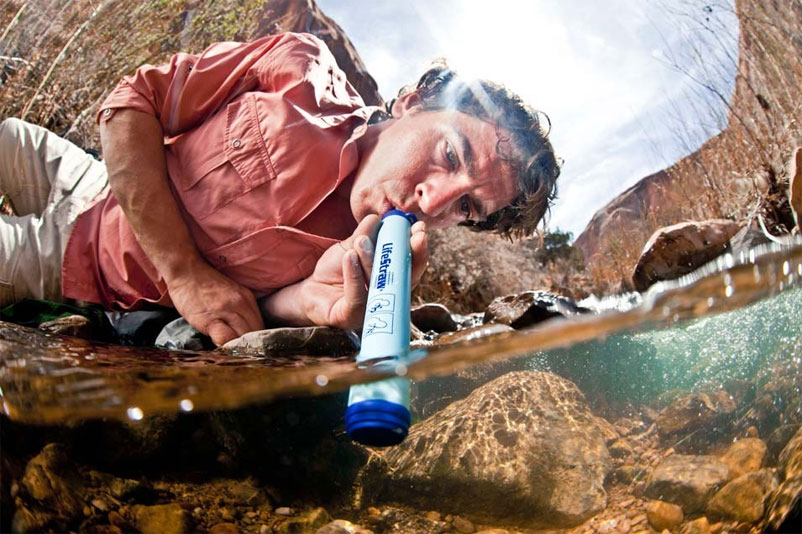 Travellers too can bring their LifeStraw takeaway bottles with them wherever they go and rest assured they will stay hydrated all the time with no risk to their health. It’s also great for camping and hiking.

And it’s not only that why we think purchasing LifeStraws and/or supporting them is a good idea.

For each LifeStraw that they sell, one school child in a developing country receives clean water for entire school year.

Improved water quality in a school means 50 per cent less diarrheal illnesses, which in turn means that children no longer have to miss out school lessons because of illness.

Also, did you know that in many Third World countries girls have to bring water in to school as their education is considered to be less important than boys’ education?

Clean drinking water in a school helps those girls as well as it lessens their burden and gives the more time to study.

It really is a rotten world where kids have to worry about stuff like water and whether it is safe to drink it.

Every now and then a product comes along that really makes a difference and has so much potential to change lives.

LifeStraw is that kind of a product and we’re happy and proud to promote it.

The easiest way to get in touch:

Real Gifts has ethical shopping, charity giving and Fairtrade products at its heart.

How small? Well, there’s exactly two of us – Grant & Aet, pleased to meet you!

Friends for over 10 years our combined backgrounds are in art, design and journalism.